Dong Nguyen, a Vietnamese Chinese physician in Houston, Texas, used to lead a leisurely and comfortable retirement. He did not expect that he would contract the coronavirus while buying lottery tickets. He also did not anticipate that an unexpected encounter with Falun Dafa six months ago would eventually save his life. Below is his story.

On August 3, 2020, Dong Nguyen wore a mask and went out alone to buy lottery tickets at a convenience store near his home. In the afternoon, he became unwell, started coughing, and developed a fever. The cough kept him awake all night. He knew he had contracted the coronavirus.

Dong Nguyen is a registered oriental medicine acupuncturist in the United States and has experience in clinical treatment and teaching acupuncture. But when he caught the virus, he was helpless even with everything he had learned.

Concerned about his life, his wife and son took him to the emergency room the next day, where he was confirmed to have the coronavirus and hospitalized. The doctor prescribed him intravenous antibiotics and three to four oral medications, including drugs for the treatment of high blood sugar. He has never had diabetes, but his blood sugar level was as high as 400 mg/dl. That night, he was short of breath. He kept coughing and was often in a coma. In just a few days, his life had to be maintained on a ventilator.

On August 5, the medication continued. However, he was having extreme difficulty breathing. His lungs were about to rupture, and his body was starved of oxygen. He was transferred to the intensive care unit. Even with the ventilator operating at maximum intensity, he still felt unable to breathe. After two more days, his condition continued to deteriorate. He knew that if he continued to stay in the hospital, he would probably die. He suddenly remembered his friend, Dr. Giao Nguyen.

On a Saturday in March 2020, Dong Nguyen was at the weekly meeting of the Online Vietnamese Theosophical Association. A Falun Dafa practitioner from Saigon, Vietnam, named Truc Lam, introduced the meditation practice at the meeting. Dong Nguyen was very interested after hearing it. He was connected with Dr. Giao Nguyen, a Falun Dafa practitioner also living in Houston.

He began reading Zhuan Falun, the main book of Falun Dafa, with Dr. Giao online. In the meantime, he learned the Falun Dafa exercises online.

On the phone, Dr. Giao told him that whenever he found himself in a crisis, he should recite the phrases “Falun Dafa is good” and “Truthfulness-Compassion-Forbearance is good.” Dr. Giao also said, “You have just started to learn the exercises and the Dafa teachings. To learn Falun Dafa, you should cultivate your heart, look inward, and let go of your attachments.”

Now that Dong Nguyen was in critical condition, he called Dr. Giao on August 7, who comforted him over the phone and told him, “Don’t worry too much. Let go of your fears and worries, and sincerely recite the phrases ‘Falun Dafa is good’ and ‘Truthfulness-Compassion-Forbearance is good.’”

After the call, Dong Nguyen began to recite the phrases over and over. Indeed, he felt better, and he suddenly had the thought to go home to meditate. At around 2 p.m. that afternoon, he left the hospital with the ventilator.

The day after his discharge from the hospital on August 8, he was still using the ventilator. But he stopped taking medicine that morning and began to meditate while sitting in bed. He felt much better after the meditation.

On August 10, he felt even better and stopped using the ventilator. He was able to do standing exercises. His coughing subsided. His oxygen level rose to 85%. His blood pressure and blood sugar went back to normal. Three days later, he recovered from the coronavirus.

Dong Nguyen felt lucky that he got his life back with a piece of information about Falun Dafa by chance a few months ago.

He initially thought he just needed to learn the exercises and read the teachings, and that would be all. He did not understand why he needed to recite the phrases. Only after this life-and-death incident did he realize that practicing Falun Dafa does not just involve just exercising and book reading–the important part is to cultivate one’s character and let go of attachments. When one recites the phrases, one will connect with the powerful energy of the cosmos. Falun Dafa has this powerful positive energy field that can be transmitted to the chanter and enhances their immunity, thus helping people to resist the virus and stay fit.

Dong Nguyen cherishes his cultivation. He studies Falun Dafa’s teachings with others and exercises daily. He began to abide by the principles of Falun Dafa and working on his character.

He also mentioned that he suffered from polio since he was young and could not put his feet flat on the ground. After practicing Falun Dafa for three or four months, he woke up one day and could stand with his feet flat on the ground! Now he feels much better physically. It was a real windfall. He said practicing Falun Dafa greatly benefits one’s physical and mental health.

Dong Nguyen said he wishes to meet the founder of Falun Dafa, Master Li Hongzhi, one day, as it was Falun Dafa that saved his life. He now recites the two auspicious phrases each day. On the special occasion of the Chinese New Year, he extends his most sincere wishes to Master Li and wishes him “Happy Chinese New Year!” 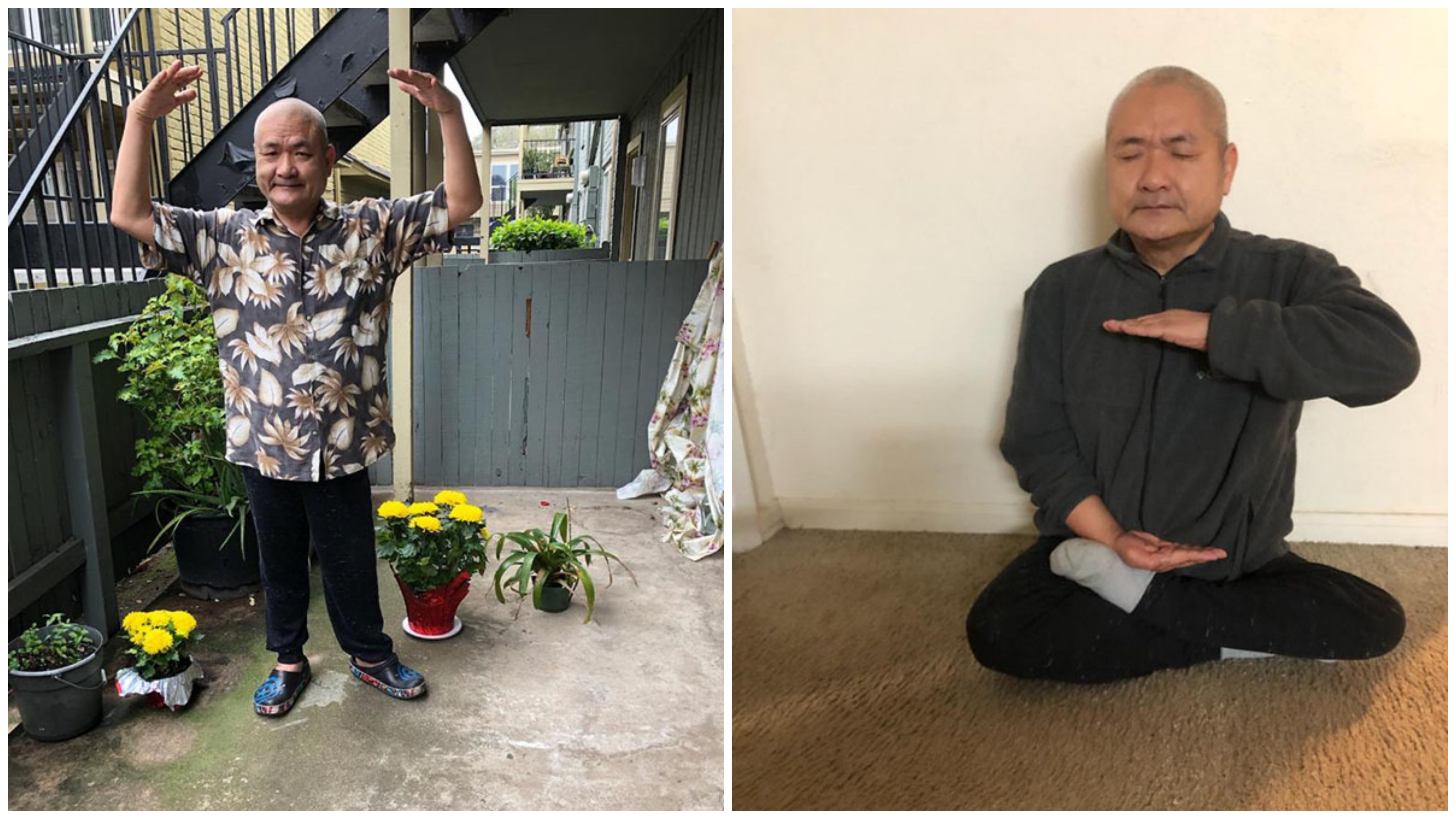 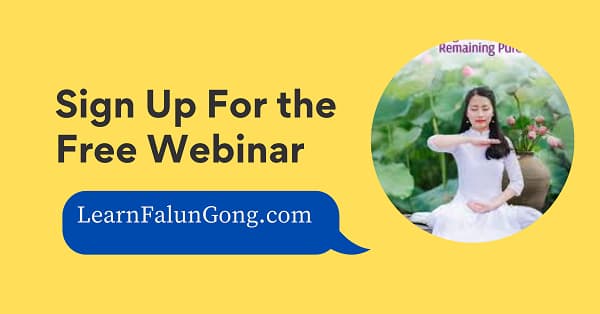 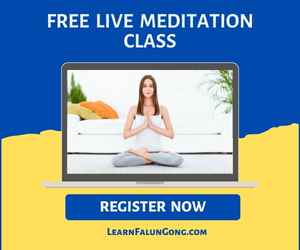 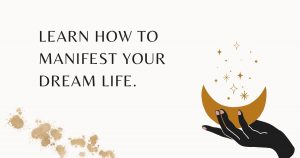 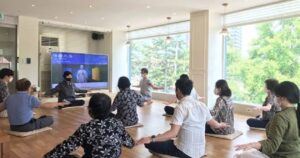 Falun Dafa 9-day seminars are a great way to be introduce to the practice, … END_OF_DOCUMENT_TOKEN_TO_BE_REPLACED 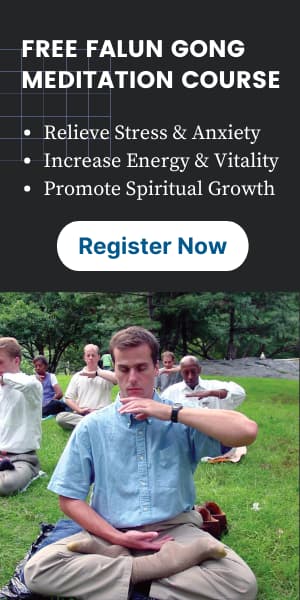